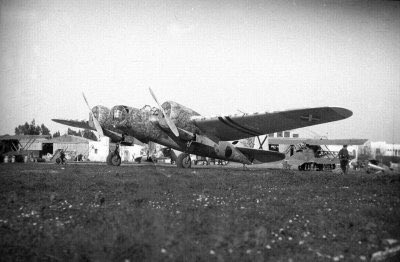 July 20, 1936: "Two Fokker bombers carrying legionaries from Morocco, land in Sevilla. In the afternoon, additional mercenaries and Moroccan troops are ferried across the Strait of Gibraltar. It is the beginning of the first major airlift in history.

As soon as the troops arrive, Queipo de Llano orders them driven around the city in flatbed trucks. He makes them sit straight-backed and slightly forward as if they are about to jump off the truck. He shows them how he wants them to hold their rifles, with their trigger finger pointed and poised, the barrel tilted to the sky, the butt pressed to the thigh. The soldiers are paraded through the town all afternoon and into the evening in an effort to make people think far greater numbers had reached Sevilla."